There were WTO protests in 1999 and there was May Day protest in 2015. Both of these occasioned the SPD use of pepper spray on various persons.

I’ve been collecting some photos of Seattle police use of pepper spray from both events. This is a topic of interest to at least a few people.

Among the photos are 2 or more than usual interest to at least some people.

There is one photo of SPD using pepper spray on protestors who are sitting down in the street, from the WTO protest times in 1999.

A few feet away from the persons being sprayed, there are other persons also sitting on the ground with a hand raised in a v-sign, which is commonly taken, in this context, to be a sign of peace.

Sitting in the street would tend to be a misdemeanor, I think . . . On the possibility that the guys sitting in the street were not making verbal threats against officers, an act hardly fitting with the V-signs, spd seems to have sprayed some people for obstructing traffic in 1999, in addition to their other uses of spray on journalists.

We also have one photo of SPD using pepper spray on a guy who was turned away from the officer and walking away, and a second photo that seems similar to that.

A fellow named Jon Humbert is or was a reporter for komonews.  In a seattlepi series, he is shown and the caption reads that he is reacting to the use of pepper spray.

Amy Clancy of kiro7 was on some kiro7 news “stream” that you get when you are on the kiro7 news website. She was talking about herself and other journalists being pepper sprayed, in the WTO protests.

If you go into google or chrome and do a search for Bettina Hansen Seattle May Day 2015, there will be a page with many images that comes up.

Of those sprayed in 1999 and or 2015, it seems that some of them may have been acting poorly but we don’t really know for sure.

The use of the pepper spray so widespread, in 1999, that it included persons merely sitting in the street in 1999 and that had a negative political result and reaction . . .

The next time I walk at Greenlake, I’ll remember to not pepper spray anyone who is sitting down at the time, not looking up and showing a v-sign . . . If any of you have contact with the SPD officers of the north precinct, let them know that I will keep that in mind . . .

It appears from the law enforcement practice of Seattle that SPD have continued to spray persons who were in the way in 2015 . . .

In some cases, misdemeanor conduct seems to result in the use of pepper spray on them by Seattle police and in other cases, the conduct seems to be less than criminal. It seems that in some situations that the conduct for getting sprayed was either being in the wrong place at the wrong time, not moving out the way fast enough or not responding to the orders of an officer . . . but I have not read any of the reports on the topic.

But law enforcement is tough . . .

Then Jesus spoke to the multitudes and to His disciples, 2 saying: “The scribes and the Pharisees sit in Moses’ seat. 3 Therefore whatever they tell you [a]to observe, that observe and do, but do not do according to their works; for they say, and do not do. 4 For they bind heavy burdens, hard to bear, and lay them on men’s shoulders; but they themselves will not move them with one of their fingers.

The question sometimes is what is the reasonable use of the spray . . . Is it in response to felony and felony threats only? Does it include a lot of other things? We don’t always know . . . and I would ordinarily pray for the health and safety of officers of SPD . . . but my enthusiasm for that is being reduced.

I know some SPD officers who are great, cheerful and friendly and helpful and they and I chat when I see them. Shall I pray for them or bless them as I commonly and normally do? Of course . . .

Lets suppose that the city of Seattle prevails and convicts a certain person of a certain allegation, currently as a misdemeanor.

Some persons in Seattle get together on May 1 of many years for protests. 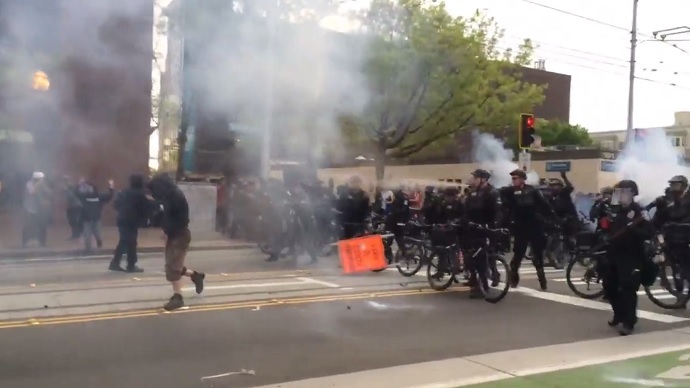 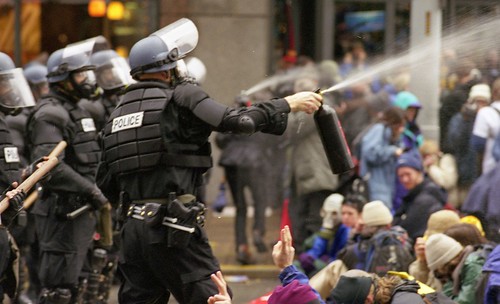 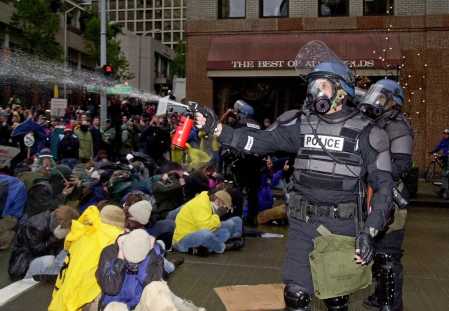